Season 6 has begun, and we are pleased to offer you our study of the first two hours – LA X, parts 1 and part 2.

We make some guesses about what might lie ahead, but this episode (as they all are) is Spoiler-Free in terms of the remainder of the season, so listen without worry.

In this episode of ReThinking LOST, Scott and Elton react to and try to interpret what we all saw in the series premier. Scott busts out a new theory on what “the loophole” used to by the dark-shirted man really was and Elton wonders if there are some references to what went on in the temple in the hatch mural.

Look for an episode from us next and every weekend, and PLEASE KEEP IN MIND, Elton is watching from the UK and usually won’t see the episodes until a few days after the US airing. We hope to make it through Season 6 spoiler-free, so we ask that you consider that when tweeting, emailing, or posting on this site. 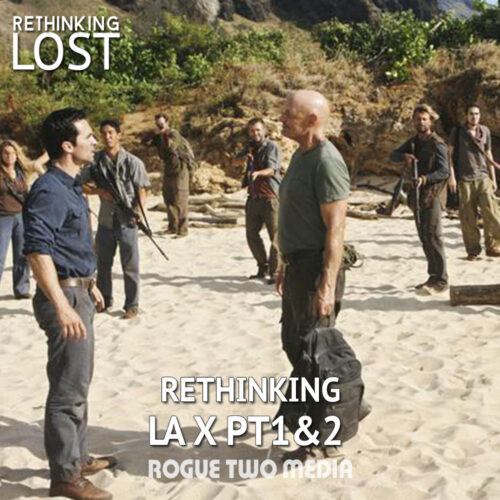